Redbridge Buddhist Vihara was founded in 1999

Prior to the inception of the Redbridge Buddhist Cultural Centre in 1998, there was no Buddhist Temple for the Buddhist Community living in London Borough of Redbridge. To address this issue, twenty families under the leadership of Reginald Wimalasundera decided to convene a meeting to find the finance and purchase a suitable site in or around Ilford to establish the Temple.

As there was no monk it was a mammoth task to raise the £40,000 desposit to purchase the building which was £180,000. Although initial 20 people gave generously, we had to do many fund raising events and raise additional loans to acquire the ownership of the property. Thus the temple was inaugurated in the month of November in 1998.

Until Ven Pethigamuwe Hemaratana assumed duties in the Temple, it was run by several monks under the guidance of Ven. Bogoda Seelawimala, Head of the London Vihara.

From the year 2003, due to the selfless sacrifice of Ven Hemaratana, the Temple has gained popularity to provide all the necessary services to the Buddhist Community at large. 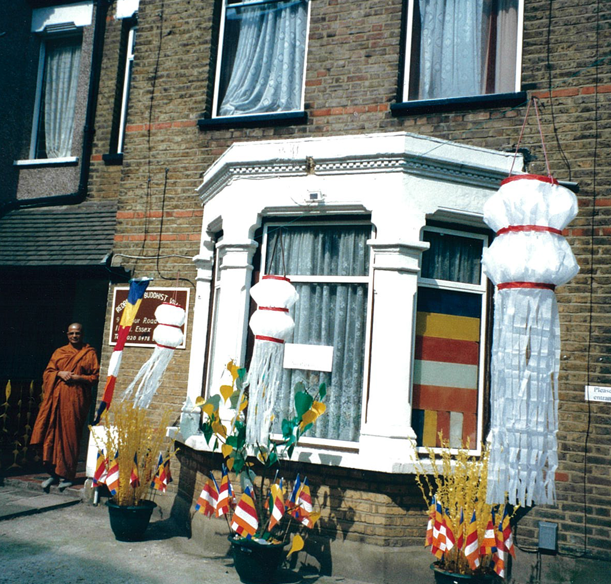 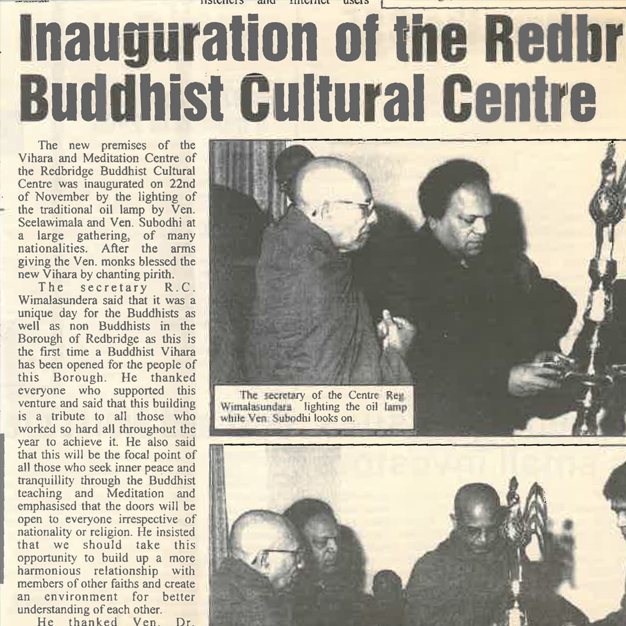 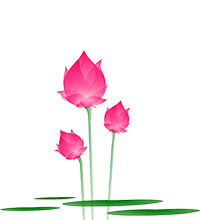 *If you are visiting from far please call ahead. The venerable monks sometimes travel for certain events.

Your Privacy: We do not use cookies for tracking, nor for advertising and marketing, nor for re-marketing